Home
»
Travel
»
What to see in Peru and Bolivia
»
Trujillo

There is so much to do and so much to see in Trujillo. Check out our list of tourist attractions in the region of Trujillo.

The Plaza de Armas is the main square of Trujillo. It was the place where the Spaniards founded the city in 1534 and where Trujillo became independent on the 29th of December in 1820. In the center of the main square, one can find the freedom monument (Monumento a La Libertad) that was created by the sculptor Edmund Möeller. It is made from three different sculptures: the statue of a man symbolizing oppression and slavery, the arms of a second statue representing the struggle for freedom, and the statue of a man with raised arms symbolizing liberation.

Close to the Plaza de Armas, in Jirón Independencia 705, one can find the first toy museum in Latin America. Toys like dolls, whistles, soldiers and trains are exhibited in this museum. In total, there are 130 toys from different centuries and different countries. These toys show the transformation of cities from pre-Hispanic times to the 1950s. The oldest toy is a whistle from the Virú culture that is more than 2,300 years old. As the toys come from different parts of the world, they then represent the different customs, fashions, and also sociocultural parameters that people were and are experiencing internationally.

The Cultural Center of Trujillo is the house where Víctor Raúl Haya de la Torre, the Peruvian politician, was born. The building consists of different exhibition halls, a central courtyard, a library as well as a conference room. The Cultural Center is located in Jirón Orbegoso 652 and is open every day from 9 am to 1 pm and from 4 pm to 8 pm.

The Casa Urquiaga is a house located in Jr. Pizarro 446, on the southwestern side of the Plaza de Armas. The neoclassical building was the headquarters of the Banco Central de Reserva del Perú, the Central Reserve Bank, but was then converted into a museum. Exhibiting objects of the pre-Inca, the colonial and the republican eras like gold ornaments of the Chimú culture, the desk of the Liberator Simón Bolívar and furniture belonging to the colonial and republican eras. The Casa Urquiaga can be visited from Monday to Friday, from 9:15 am to 3:15 pm and on Saturday, from 10 am to 1 pm.

The neoclassical Iturregui Palace is located in Jr. Pizarro 688. Because the palace is a replica of a Renaissance Florentine Palace, it is one of the most complex and also one of the most beautiful buildings in South America. In total, the palace has three courtyards; one of these courtyards also has a garden with sculptures and a fountain. Apart from sculptures, archaeological objects are exhibited. It is possible to visit some parts of the mansion for free, from Monday to Saturday, from 10 am to 8 pm.

This botanical garden is an amazing 2,500 square meters and houses animals like pigeons, peacocks, parrots, rabbits, turtles, small fish, and geese and also around 400 plant species. The garden is a perfect place for nature lovers to relax. It is located about 2 km from the Plaza de Armas and is open from Monday to Friday, from 9 am to 6 pm.

Chan Chan is an archaeological site in Trujillo, located only a 15 minute taxi ride away from the Trujillo city center. The site made of clay was the capital of the Chimú culture and was built around 1300 AD. It is a huge complex having a size of around 28 km². The capital is believed to have been one of the largest cities in the world and probably the largest in South America. Around 60,000 people lived in the city. The site of Chan Chan was named a UNESCO World Cultural Heritage site in 1986. At the site, one can also find the Museo de Sitio Chan Chan, a museum exhibiting archaeological findings of the Chimú culture.

The Pyramid of the Moon also called the Huaca de la Luna, and the Pyramid of the Sun, the Huaca del Sol, are ceremonial centers of the Moche culture located 5 km south of the city of Trujillo. Huaca is a Quechua expression that refers to a sacred place or object. The Temple of the Moon is composed of several overlapping temples that were constructed in different periods. Explorers found a tomb with more than 40 warriors in the temple. Even more impressive is the larger Temple of the Sun, a pyramid used for ceremonies because of its height at 43 meters high.

The Huaca Esmeralda is located in Florencia b18, in Trujillo. Since explorers don’t know the original name of the archaeological site, it was named after the hacienda that occupied the area. It is supposed that the constructions belonged to the Chimú culture and that it was the palace of a Lord of this pre-Inca culture. In total, the huaca occupies an area of 2,600 m².

The El Brujo Archaeological Complex is located around 60 km north of Trujillo. It is an archaeological site of the Moche culture. However, one can also find relics of the Lambayeque and Chimú culture. The El Brujo Complex was one of the most important religious and political centers of the Moche culture. Most interesting is the mural art of the site. Tourists can find many paintings, but also pyramids. Archaeologists found a mummy at the site, the Lady Cao, the first known governess. 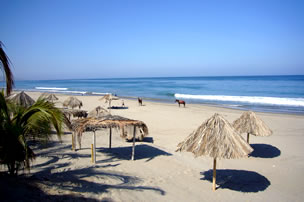 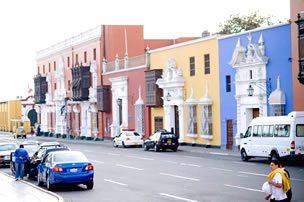 In Trujillo, the city of eternal spring in the northwest of Peru, you can enjoy different types of tours - a city our in Trujillo... 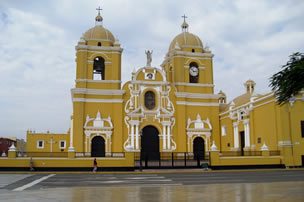 The second largest metropolitan area in Peru is the city of Trujillo, which is located in the South American Andes...

» Check our Tours in Trujillo