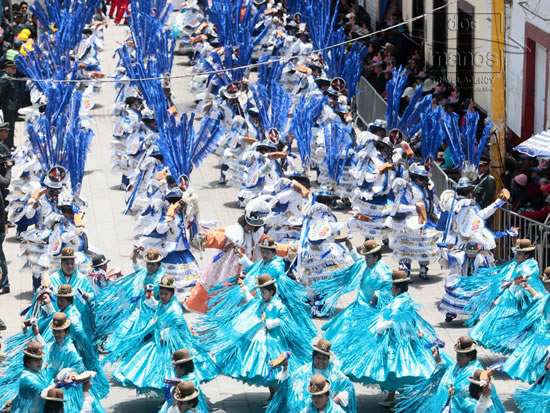 In fact, the Virgen is known today as Mamacha Carmen, the mother of mestizos in the city, decedents of both Spanish and indigenous heritage. (The suffix -cha in Quechua is like the Spanish diminutive -ita or -ito, signifying affection and familiarity). The celebration exhibits parades in her honor, choirs singing in Quechua and groups that dramatize various historical events. On the most important day of the festival, locals parade the image of the Virgen through the streets, blessing participants and chasing away the demons dancing on the roofs in a representation of the war between good and evil.

Fun fact: Pope Jean Paul II blessed the image of the Virgen del Carmen when he was in Cusco for the first time in 1985.
﻿
add chat to your website