Spanish is the official language of Peru. Due to Peru´s indigenous heritage, however, some ancient languages still spoken by minorities in Peru have been granted official status. The two most prominent and widely spoken native languages in Peru are Quechua and Aymara.

Quechua was the official language of the Incan Empire and as such is still spoken widely in the area of the former Incan territory. In Ecuador to the north of Peru, a very own dialect of Quechua is spoken, known as Quicha. Also, Bolivia to the south east of Peru compromises a Quechua speaking population.

Aymara is not as widely spread as Quechua in Peru and is mostly spoken by the indigenous communities around Lake Titicaca in the departments of Puno, Moquegua, and Tacna. 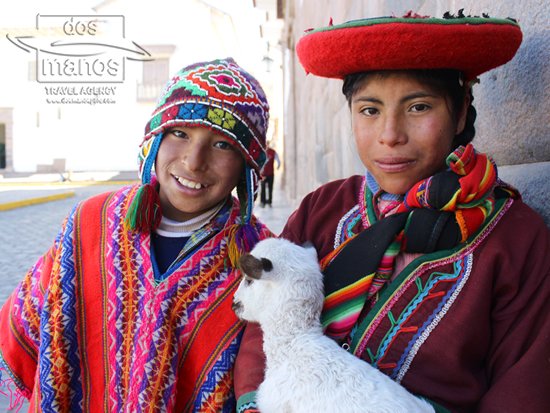 According to current estimations, over 300 distinct languages were spoken in ancient Peru, although some would set the estimate as high as 700. Ever since the European conquest, this number has declined to the 150 languages that are currently registered in modern Peru. In just the Peruvian Amazon alone over 40 languages are spoken and can be broken down into 120 local dialects or varieties.

Peru is a highly cultural diverse country that is home to hundreds of local communities spread out in the different areas of the country. Sadly, local tribes face environmental, economic, and cultural threats, indigenous languages are put at risk. Many dialects and languages have already disappeared and others are at serious risk of becoming dead languages.