Pizarro's quest for gold and treasures
In 1528 Francisco Pizarro and his brothers finally came in contact with a distant Incan outpost on the coast of Peru after setting sail south along the Pacific coast from Panama. Pizarro and his band of hardy explorers hoped to find a gold-encrusted empire akin to the one Cortés had toppled in modern-day Mexico. Cortés's conquering success and following enrichment off Aztec gold inspired a generation of conquerors to follow in his foot-steps to find the next great American empire and prosper off it.

Civil war in the Incan Empire
As Pizarro and band traveled down the west coast of South America they heard tales from local people of a vast and powerful empire located farther south and inland. When they finally reached the famed nation, they arrived on a scene of chaos, death, and civil war. Small pox had swept south from Panama through the Incan Empire long before any European had even heard of what lay in lands to the south. Between 1524 and 1526 the disease ravaged Tahuantinsuyo, killing noble born and commoner alike. One of its victims was Huayna Capac, the current Inca at the time, and his heir, along with most of the rest of the royal family.

Without a clear, designated successor to the throne, the Incan Empire was thrown into chaos and a civil war broke out between two brothers. Huáscar technically stood to inherit the thrown from his father Huayna Capac, but as a pampered son who had spent most his life in the capital city of Cusco, he knew little about the practicalities of warfare or leadership. His half-brother Atahualpa grew up with the army fighting in the Incan wars of conquest in Ecuador. While legally he was not the next in line to inherit the thrown, he had the experience, daring, and backing of the army to take on his brother Huáscar. 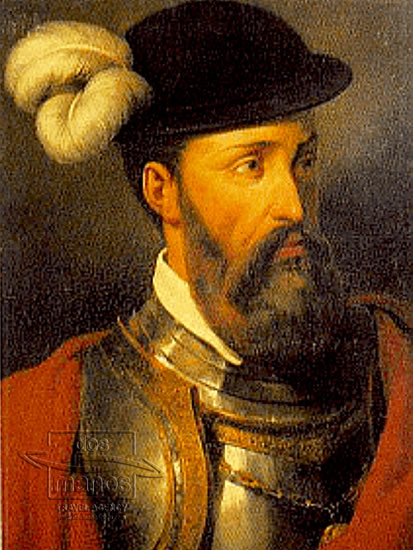 The Conquest of the Incan Empire
Enter the Spanish into this scene and you have the near-perfect explanation as to why one of the most powerful empires on earth, and certainly the most powerful and largest empire at its time during the 16th century, was toppled swiftly and effectively by a small band of commoners from Extremadura in Spain. In comparison to Europe at that time, the Incan empire was vastly superior on many levels.

In cohesive size, the Incas blew fractured and divided Europe out of the water. Europe during the 16th century was composed of many small states and nations all in competition with each other. The Incan empire at the time was a geographically massive and unified empire that had established a kind of peace, akin to the Pax Romana, over its conquered lands. In terms of social organization, the Inca were highly advanced and Europeans were impressed with the public sanitation, beauty, and organization of cities which were far head of the dirty, crowded, and disease-ridden cities of Europe.

Common misconceptions about the Spanish Conquest
The armor used by the Incan army was a testament to their craft and knowledge and challenges another stereotype we hold about this 'ancient' civilization. (Many people mistakenly refer to the 'ancient' Inca when their empire ruled during the 15th century, a time period we most certainly do not refer to as 'ancient' in reference to Europe). The Incas made a light and cool but durable and strong armor out of textiles, a material and art form essential in so many ways to their culture. When Pizarro and his small army arrived, many soldiers found that Incan armor was superior to heavy and hot European armor made of metal. There is evidence that some Spanish soldiers began to use captured Incan armor instead of their own metal armor.

This common misconception about superior technology winning the Conquest for Spain is both true and untrue in many ways. While guns were essential in subduing Tahuantinsuyo, this was not due to the fact that they were a superior weapon in the sense that they could kill more effectively. In reality, at the time of the Incan conquest Spanish muskets were highly ineffective and inaccurate. An Incan archer could easily take down an enemy at a greater distant and with greater accuracy than a Spanish rifleman. The advantage the Spanish had in gun technology came from the element of the unknown.

The Incas had never before experienced anything akin to gunpowder and the explosions, sounds, and smells that guns produced wrecked chaos and havoc on the Incan army. Compound this with Spanish soldiers on horseback, and you have two terrifying new concepts the Inca had never encountered and didn't understand. In the Americas, the largest domesticated animal was the llama, which is not strong enough to be ridden. Llamas only serve as pack animals and for their thick fibers. Spanish soldiers riding horses were the first time any one in the Americas, Incas included, had ever encountered the concept of a human being riding an animal of any nature.

The Battle of Cajamarca
The Spanish knowingly took advantage of this combination of alarming new technology to surprise Atahualpa and his army on Nov. 16th, 1523 while they were celebrating in Cajamarca. In the Battle of Cajamarca the Spanish created chaos among the Incan army and captured Atahualpa, a move that rendered impotent the rest of the army. How could the Spanish possibly do such a thing to a being that was considered a god? The Incan army fell back on itself and just as many Incan soldiers were trampled to death in their bid to escape as were killed directly by the Spanish and their 'superior' technology.

The capture of Atahualpa
With Atahualpa captured, Pizarro and his band wished to permanently remove the head of the Incan Empire while also making a buck out of the grisly processes. They knew from their compatriots experience in Mexico that removing the ruler of the empire led to the easy conquest and fall of the rest of the nation. They held Atahualpa ransom while requiring that a whole room be filled with gold in exchange for his release. After obtain their gold, the Spanish sought an excuse to execute Atahualpa anyway and tried him for the murder of his half-brother Huáscar in the civil war. Unsurprisingly they found him guilty and promptly executed him by strangulation. With the Inca out of the way Pizarro marched on his capital city of Cusco.

Downfall of Cusco
In Cusco Pizarro and his brothers found the rest of the gold they were searching for. One of their first acts was to strip the temples of the gold-plate that covered the stone walls. Cusco literally was a city encrusted in gold just as the Spanish had dreamed of. Taking over Cusco as their own, Pizarro and his brothers organized a new Spanish colony after it was apparent that the puppet Inca they set up and controlled was too obvious a facade for local peoples. After multiple bloody rebellions the Spanish finally re-founded Cusco as the head of their new colony by March 23, 1534. The modern-day country of Peru began to take shape and the history of the Andes was completely rewritten.