Part V: The Republic of Peru


Territorial battles between Peru and its neighbour countries
The early history of the Republic of Peru is marked by intermittent territorial disputes and wars with its neighbors. Some of these disputes left scars on Peru's relationships with Ecuador and Chile that continue to effect diplomacy with these two countries today. Political stability was only reached in the early 1990s after a campaign of economic and social reforms were implemented with the purpose of helping the struggling country recover from the damages of international fighting and national infighting.

Political tug-of-war in Peru
Peru suffered from a series of rapidly changing civilian and military rulers in the late 1800s and it wasn't until 1895 when civilian rule was permanently established, beginning an era known as the 'Aristocratic Republic.' This period, lasting until 1920, is so named because the majority of presidents came from Peru's social elite.

In his intermittent terms between 1908 – 1930, President Augusto B. Leguía welcomed in American capital and dependence on foreign investment and the rise of the bourgeoisie began. This development created a backlash against the landowner oligarchy amongst the most progressive sectors of Peruvian society. With the economic crisis of 1929, a number of short-lived governments followed each other and Socialist and Communist parties were formed in Peru. In the early 1930s repression was especially ruthless and tens of thousands of people were killed or imprisoned for their adherence to the American Popular Revolutionary Alliance (APRA), a political party that supported populist values, celebrated 'Indo-America,' and opposed US imperialism. 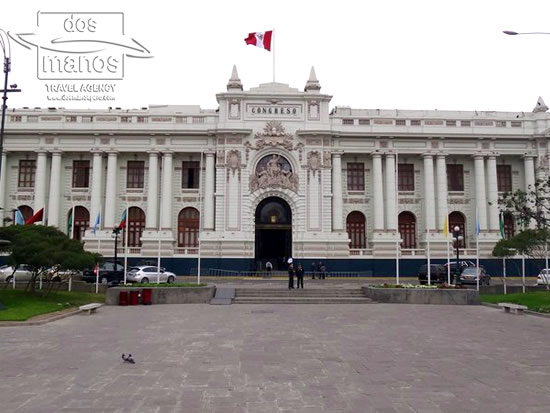 The American Popular Revolutionary Alliance, APRA
Following World War II, two ideologically opposed political players took the scene in Peru. Víctor Raúl Haya de la Torre, the founder of APRA, along with José Carlos Mariátegui, the leader of the Peruvian Communist Party, became major forces in Peruvian politics. Despite their belief differences, they were the first two parties to address the economic and social problems of Peru. While Mariátegui died young, Haya de la Torre would remain an influential player throughout the coming decades despite or because of the fact that his ARPA party would be banned for its populist leanings and he himself would be subject to imprisonment.

Peru under dictatorial rule
Mid-20th century Peruvian history is characterized by various communist movements attempting to take power in a manner similar to the Cuban revolution and by the different dictatorships they opposed. The most important and interesting dictatorship was that of Juan Velasco Alvarado. This former commander-in-chief of the army took control in 1968 and defied expectations to lead a surprisingly populist regime rather than the conservative one expected by most observers. During his period of rule which lasted until 1975, Velasco is best known for his extensive agrarian reforms and for nationalizing the fish and meal industries, various petroleum and mining companies, and multiple banks.

General Francisco Morales Bermúdez replaced Velasco and continued the revolution in a conservative second phase. He oversaw the return to civilian governance according to a new constitution written in 1979, and Peru finally saw the end of its years of dictatorship in 1980.

The Shining Path – Sendero Luminoso
Unfortunately the 1980s saw a rise in the popularity of violent insurgent groups, the two largest and most deadliest being the Shining Path, Sendero Luminoso, and the Túpac Amaru Revolutionary Movement. Sendero Luminoso grew to prominence partly due to the economic problems plaguing Peru during the '80s. The current president at the time, Alan Garcia, sought a poorly planned military solution to the increasingly violent terrorism. Sending marines to the mountains, however, did nothing to help the situation and increasingly brutal atrocities were committed by both sides in the conflict. The indigenous population, like so many times before, bore the brunt of the suffering.

Sendero Luminoso, which was begun by professor Abimael Guzman as a student group at his university, soon had Peru in a state of emergency and civil war. With President Garcia out of the picture after fleeing the country on accusations of embezzlement, the 1990 elections were a dire turning point.

The Era Fujimori
Alberto Fujimori won the presidency and began economic reforms and a crack down on Sendero Luminoso that would eventually make him infamous. While many Peruvians respect him for pulling the country out of an economic down-spin and for capturing “Presidente Guzmán” and putting an end to the worst violence of Sendero Luminoso, Fujimori was tried in 2001 on crimes against humanity and found guilty on many charges. The atrocities and massacres committed by both Sendero Luminoso and the Peruvian Army were subject to the investigations of a Truth Committee after the fighting ended but are still under investigation in many places.

Challenges for Peru today
Since the Fujimori regime ended in 2001, Peru has had a series of presidents who sought to end the authoritarian and corrupt practices of previous administrations to reinstall a greater degree of democracy in the nation. While Sendero Luminoso and the Tupac Amaru Revolutionary Movement live on in some areas, mostly in the jungle in connection to the narcotics trade and drug lords, the terrorist violence has essentially ended for the majority of the country. Now the major challenges facing Peru are cultural and environmental in nature and often bring up the right to free speech and protesting.

Ongoing exploitation on the back of indigenous communities
Peru is one of the most bio-diverse and culturally diverse countries on the planet. Unfortunately or fortunately, it is also rich in precious metals and natural-gas deposits. Massive, foreign owned mines, prominently in the Cajamarca region, are a current source of conflict between locals and the Peruvian government. As foreign companies make a profit from exporting Peruvian gold and silver, local indigenous peoples are left to suffer the health and environmental consequences of open-pit mining and mercury poisoning. In response to massive protesting in 2011 in the Cajamarca area against industrial mining, a state of emergency was called in the northern part of Peru.

Another source of recent protesting was the proposed, and now approved and recently begun, natural gas pipe line meant to connect southern Peru with the gas fields of central Peru. The source block for this pipeline, block 88, considerably overlaps with a reserve for indigenous peoples who live in 'initial contact' and 'voluntary isolation.' Development of block 88 for the pipeline will severely impact their reserve and life style. The proposed project led to widespread protesting by both indigenous and environmental groups. Illegal gold mining in the Madre de Dios region of Amazonia is also a huge source of concern for both indigenous and environmental activists.

Shaping Peru´s future
As COP20 Lima in December of 2014 proved, environmental concerns will be at the forefront of modern Peruvian history along with how the country chooses to handle the many concerns its culturally diverse population raises. As tourism moves into greater and greater prominence both in economic terms and as a force of social change, future Peruvian history will be shaped by how its residences and government can handle the pressures tourism and mining put on an environmentally and culturally diverse nation.