Part I: The Rise of Ancient Cultures in Peru


Proof of the first settlements in Peru
The dry, hospitable caves along Peru's coastline gave home to the first inhabitants of the area, nomadic hunters and gathers. Pikimachay is the oldest known site, dating from around 12,000 BC, but important remains have also been found in the Telarmachay, Junin and Lauricocha caves. Previously scholars believed that these peoples had traveled to the Americas via the Bering Strait in Alaska, down through North America and Central America to South America. This theory is now widely debated and many scholars have proposed the idea that ancient peoples may have sailed to South America from Asia.

Rise of the first civilisations in Peru
The rise of agriculture in what is now Peru began around 4,000 BC with evidence that cotton, beans, squash, and peppers were being planted. Distinct cultures began to form and the first known city in the Americas was established 200 km north of Lima in the Supe Valley. Caral, the city, was built around 2,500 BC by the Norte Chico culture, the oldest known culture in the Americas. Their civilization is recognized for the 30 pyramidal structures they left behind, some of which are 20 meters high with a flat top. Caral and the Norte Chico culture are recognized as one of the six sites in the ancient world where civilization originated. The six sites include two from the Americas, Norte Chico and the Olmecs from Mesoamerica, and four in the Old World: Mesopotamia, Egypt, India and China. 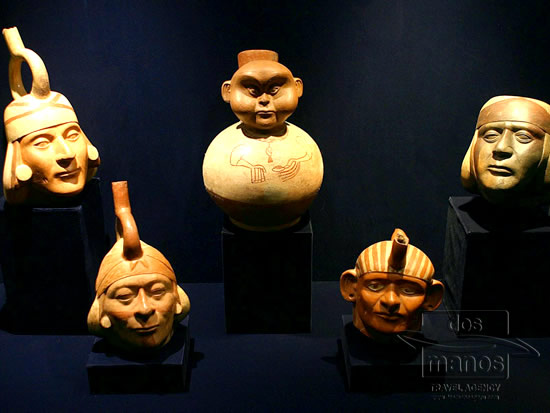 Ancient cultures on the coast of Peru
Other cultures began to develop and the largest ones survived, swallowing up their smaller neighbors. The biggest and most important cultures to evolve were the Kotosh, Chavín, Paracas, Lima, Nasca, Moche, Tiwanaku, Wari, Lambayeque, Chimu, and Chincha. The Paracas, who originated on the southern coast of Peru, are particularly well known because the dry desert sands where they lived helped to preserve the fine textiles they created. These textiles were far ahead of their time because the Paracas used vicuña fibers, not just cotton, in their weaving. People from the northern coast of Peru wouldn't learn of or develop this technology until centuries later.

While the Chavín mysteriously disappeared around 300 BC, the Moche, Nazca, and other costal cultures thrived from around 100 BC – 700 AD. The Moche are best known for their impressive metal work and stunning pottery which was some of the finest ever seen in the ancient world. The Nazca, of course, are known for creating the Nazca Lines, enormous figures etched into the earth and only visible from above. Scholars still debate the purpose of these massive line drawings and how they were made. Besides the Lines, however, the Nazca were also adept at creating textiles like the Paracas culture. 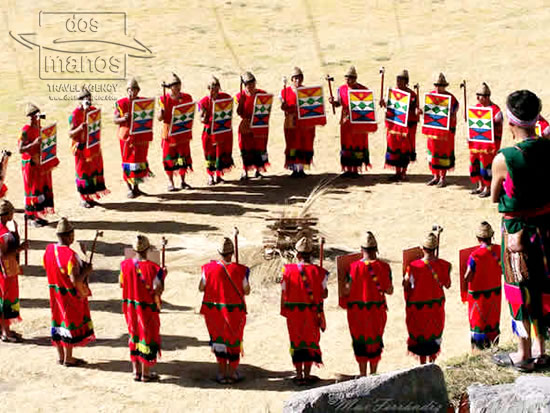 Expansion of the empires in the Andean highlands
Recurring El Niño floods and droughts, however, eventually led to the decline of costal cultures and civilizations from the highlands in the Andes came to dominate the region. The Huari and Tiwanaku cultures came to expand across most of modern-day Peru and Bolivia and were later followed by various powerful city-states including Chancay, Sipan, and Cajamarca, and by two empires, the Chimor and Chachapoyas cultures.

Both the Chimor and Chachapoyas developed highly refined agricultural techniques, gold and silver working, metallurgy, and pottery. By approximately 700 BC these two cultures may have developed systems of social organization that influenced the Incan civilization that was to come after them.