At Huaca Rajada, the undisturbed royal tombs of Sipán were found and excavated in February 1987. The great discovery was identified as the tomb of a ruler, now known as Señor de Sipán, in the Mochica culture, a civilization that dominated the northern coast of Peru between 100 and 800 AD. Lord of Sipán is said to have built pyramids made of clay with colorful, ornamented walls, some of which still are in excellent condition.

The tomb chamber of Lord of Sipán was found adorned with impressive ornaments of gold, silver and turquoise. Furthermore, bone remnants of women, children and animals were excavated, buried as a sacrifice to him in his honor, and subsequently sent with him as companions on his way to the beyond. His priest and a military commander were buried in the side tunnels, so that they could serve him even after death. In his right hand the ruler held a golden scepter, head and ear jewelry serving as visible signs of his regency and power. 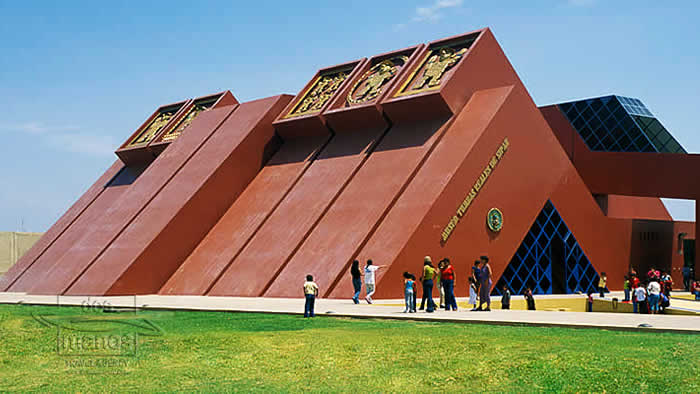 In 2002 the Museo Tumbas Reales de Sipán (Museum of the King's Graves of Sipán) was opened. It is modeled after a Moche pyramid, showing exhibits of the Moche culture with more than 400 golden, silver and jewel-studded items and the new mausoleum of the "Lord of Sipán"

In 2009, the "Museo del Sitio" was inaugurated, next to the Huaca Rajada in Sipán, presenting the latest findings of the royal tombs.

The site of Huaca Rejada and the Museo del Sitio can be reached in 40 minutes by bus from the city of Chiclayo. The Museo Tumbas Reáles de Sipán is located in the nearby town of Lambayeque, 10 minutes from Chiclayo. 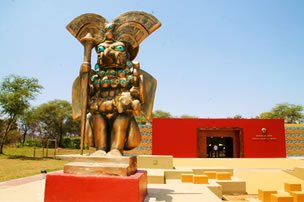 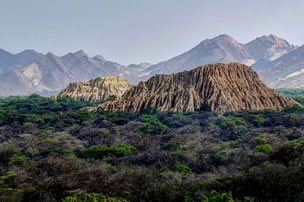 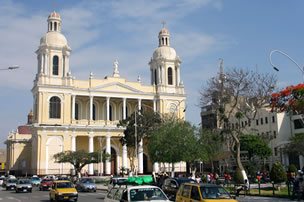