Peru is considered the culinary mecca of Latin America and for good reason. Who could argue with the variety, tradition, fusion of cultures and freshness of ingredients? Who could argue with Ceviche? Have you had a plate of “Lomo saltado” or “aji de gallina”? Those that have know that it has the power to change lives!  Read: 8 Reasons Why Peruvian Food is the Best.

The history of Peru´s rich cuisine and its notable culinary fusion dates back many centuries to the arrival of the Spanish in the 16th century. From that point on, the Incan cuisine was wonderfully fused with European sensibilities from France, Germany, and Italy as well as with deliciousness from Asia and West Africa.

But, do you want to know the 8 reasons Why Peruvian Food is the Best? We have compiled a list of the best eight aspects of Peruvian culinary tradition that make the food scene in Peru one of a kind and Peru a real culinary destination.

8 Reasons Why Peruvian Food is the Best

1. Influenced by Many Cultures with a Great Cuisine Themselves

Before the arrival of the Spanish, Peruvians had already domesticated over 1000 types of potatoes, possibly their most significant contribution to world cuisine. Due to the varied geography of the country which includes being next to the Humboldt Current in the Pacific, an abundance of different types of seafood, as well as mountain and coastal creatures, have found their way into Peruvian dishes. As evidence of this wealth, it has been estimated that along the Peruvian coast alone there are more than two thousand different types of soups and more than 250 traditional desserts. 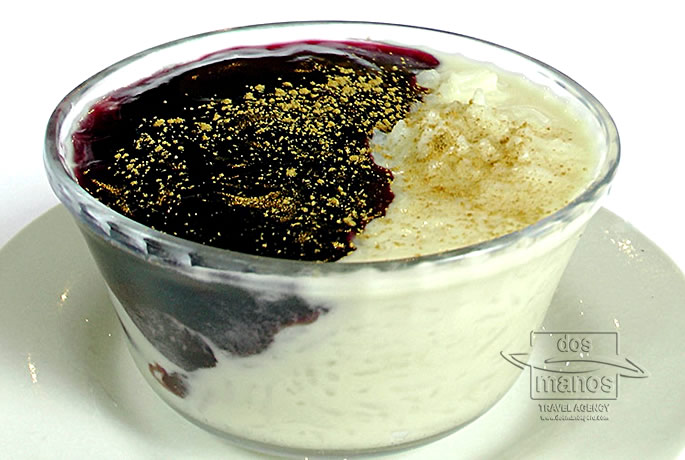 Under Spanish rule beginning in the 1500s, the two cultures began to mix as the Spaniards brought different techniques and the integration of olives, dairy products, rice, and chicken, among others. They also brought with them African slaves who threw in their own style and resourcefulness, creating wonderful dishes with ingredients typically looked down upon and therefore not used.

Once Peru won independence in 1821, an influx of French and Italian immigrants came to Peru and, well, not much needs to be said about how rich their contribution was.

There is a lot of evidence to believe that East Asian cuisine has had the most significant influence on Peruvian kitchen over the past 200 years. Two of Peru´s most magnificent dishes, ceviche and lomo saltado, owe their excellence to the increased reliance and positive attitude towards seafood and the inclusion of soy sauce and spices traditionally from that region of the world. 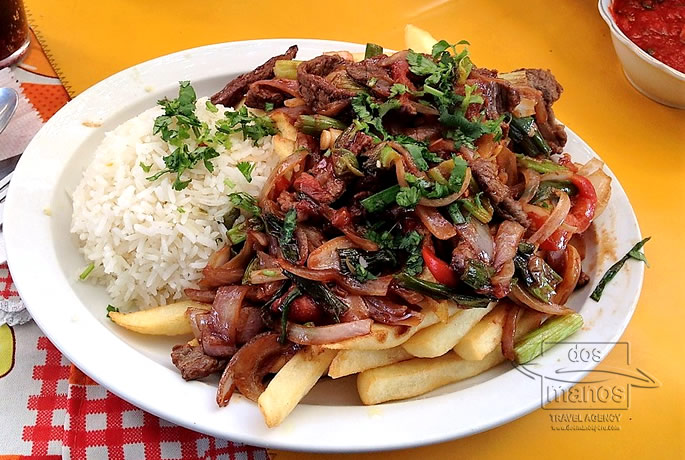 The Humboldt Current, also known as the Peru Current, is a significant upwelling ecosystem beginning in Chile and extending to northern Peru. Cold waters from Chile run upwards towards more tropical waters ultimately bringing more nutrients to the surface, more phytoplankton and as a result more biological yield. Almost twenty percent of the total fish catch in the world is due to the Humboldt Current. This, in turn, gives Peru an assortment of fresh options to include in its ceviche and all other renowned seafood-heavy dishes.

Apart from the seafood, an assortment of ingredients originating in the Peruvian jungle and the Andean mountains, together with their unique culinary techniques, continues to supply Peruvian dishes with freshness found in few places elsewhere around the globe.

3. Variety of fruits and veggies!

Have you heard of aguaymanto? What about the deliciously sweet lucuma? Due to Peru´s unique climate, many fruits and vegetables are mainly found here or are, at least, native to this area of the world. Chirimoya, for example, grows best in the cloud forests of the Amazon located between the Andes and the Amazon. It is a favorite among locals and is said to have been a favorite of the American writer Mark Twain. Granadilla, another staple fruit, is also from the Andean region and is great for snacks or juices. 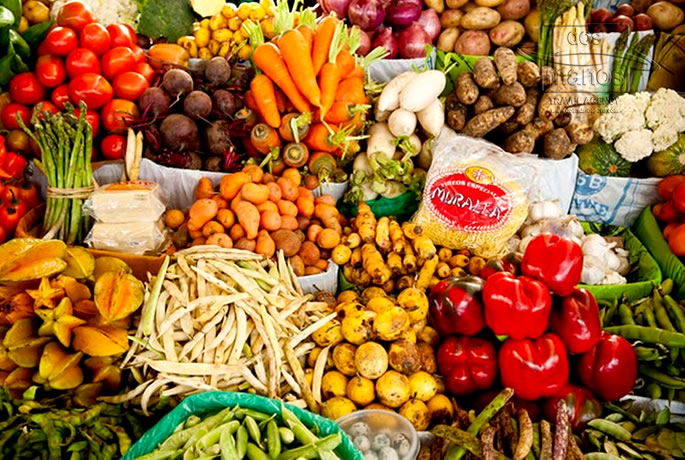 Ceviche is Peru´s most famous dish, a very colorful assortment of seafood “cooked” through a methodical dousing of citric juices. It is always served fresh and considered a national treasure revered the world over. Due to the Humboldt Current that slides down the Peruvian coastline, an abundance of delicious seafood is readily available to concoct this great dish. 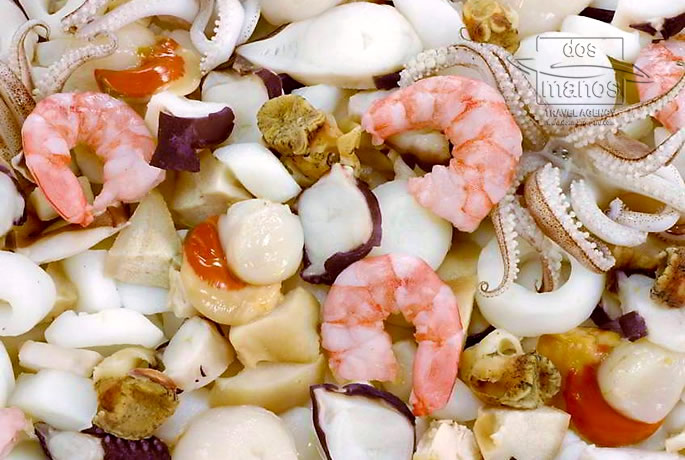 It is said that ceviche evolved from a dish brought from Spain and, as Lima served as the capital of the Spanish Empire in South America, the surrounding area of Peru was able to reap the benefits of this beautiful dish being dispersed throughout the country, especially to those areas by the ocean.

While expensive options exist, especially in Lima, one of the best ways to have a delicious lunch is by venturing to one of the many “menus del die” that line the streets of Peru during the lunch hours. Typically between 7 and 15 soles, these meals come with a lovely warm soup usually with vegetables and quinoa, the hearty main course of your choice and a small yet sweet dessert. Ready in an instant, light on your wallet, and more than able to fill you up to get you through the day, the menus del día are pretty much always the way to go for locals and should be more frequented by travelers too!

Variation of “picarones” exist all over the world, but none are as delightful, or as important to the history of their respective country, than those of Peru. A rich take on buñuelos, a popular dessert brought by the Spanish whose ingredients were too expensive for locals and thus replaced, picarones are made from sweet potatoes and squash, deep fried and then covered in syrup. 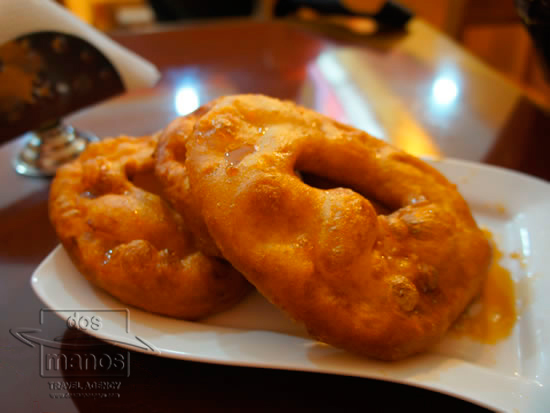 Similar to beignets, a dessert staple in New Orleans brought by the French (who originally were introduced to them by none other than the Spanish) picarones are not necessarily the healthiest, but like most doughnuts they sure are delicious!

Anyone who comes to this part of the world will be taken aback by certain things they hear that people eat. “Sopa de rana” (frog soup)? Deep fried cocoons? Not many tourists tend to be enticed by these dishes. But once people get part their gut reaction to avoid anything they are not accustomed to, they can be downright yummy.

The most shocking favorite food for tourists in Peru has to be the guinea pig. Known as “cuy” here in Peru – after the sound that the animals make-, guinea pigs have been considered a delicacy for over 5,000 years, and it is estimated that over 60 million guinea pigs are consumed every year in Peru! Cuy is so beloved here in the Land of the Incas that one was depicted in a painting of The Last Supper as Jesus and his disciples got ready to chow down on a plate of roasted guinea pig. 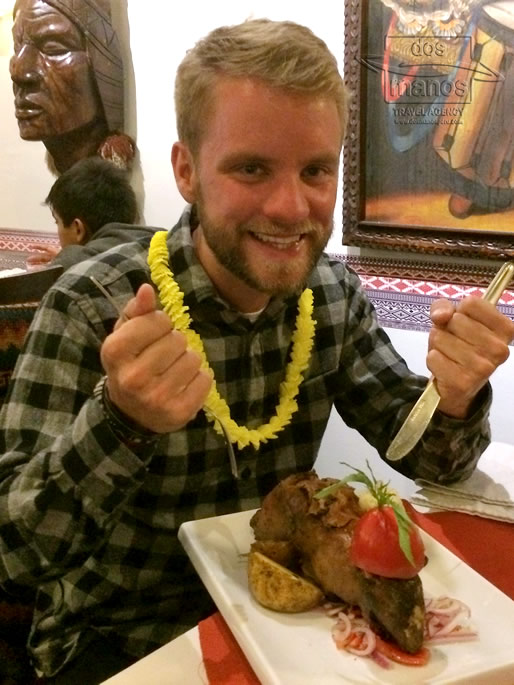 José de San Martín, one of the libertadores of Peru, in an attempt to raise money to fund the fight for independence, encouraged people to cook what they could find in their kitchens and sell their dish. What they came up with became known as “la causa a la limeña” with “la causa” meaning the cause for independence. We can thank this dish for helping to fund the country´s freedom, but for also being incredibly tasty!

Causa Limena consists of things that were found in almost all Peruvian´s homes during this period in history (and still today): potatoes, vegetables, salt, pepper, and lemon. Today´s causa a la limeña or causa limeña typically consist of these same staple ingredients along with avocado, tomato and a touch of chicken or seafood is normally thrown in. 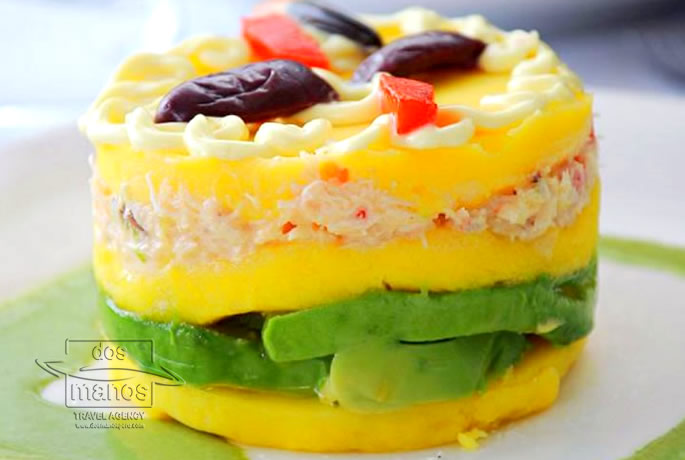 We hope you enjoyed our blog post with the 8 reasons Why Peruvian Food is the Best and you enjoy Peruvian Cuisine during your travels in Peru!

Do you want to read this article in Spanish?