No trip to Peru is complete without visiting Machu Picchu. Machu Picchu, “Old Mountain” in the Inca language Quechua, was never discovered by the Spanish conquistadors and so was never destroyed, which is why it’s one of the most important Incan ruins. The Incas began construction around 1430 AD; the city had space for no more than 750 inhabitants complete with housing for servants, schools and temples for making sacrifices and preparing mummies. Nobody knows why Machu Picchu was built or why the exact location was chosen but the most popular theory is that it was an estate of the Inca emperor Pachacuti selected for its proximity to mountains with high religious significance in the Inca culture. 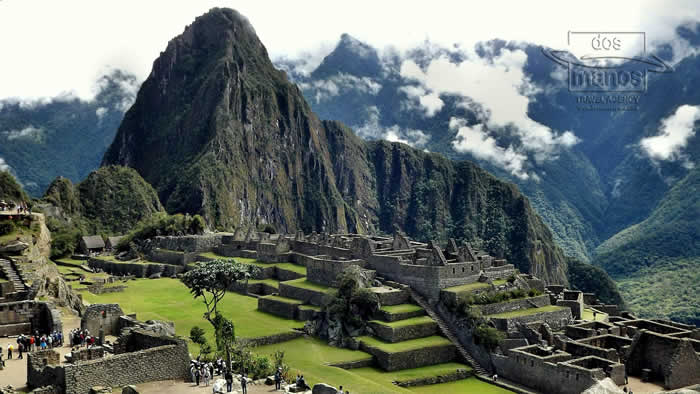 Machu Picchu was abandoned about 100 years later at the time of the Spanish conquest with construction still unfinished. The city was rediscovered in 1911 by Yale professor Hiram Bingham; though others encountered the site before him, Bingham was the first to share his discovery with the world. Machu Picchu was declared a Peruvian Historical Sanctuary in 1981 and a UNESCO World Heritage Site two years later. In a worldwide internet poll in 2007, it was voted one of the New Seven Wonders of the World. 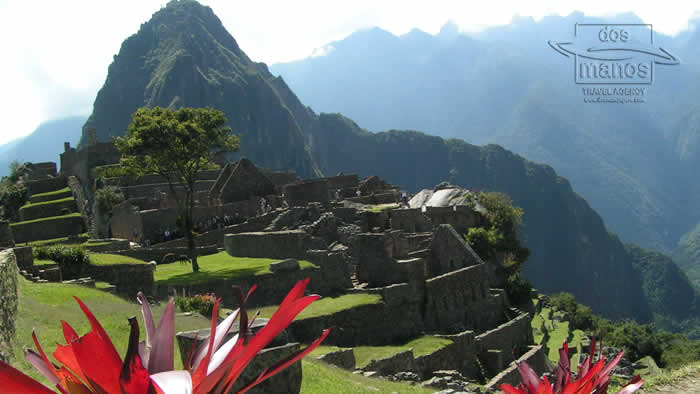 There are several ways to reach the ruins of Machu Picchu. The most famous route is the traditional Inca Trail, a 43 km (26 mile) path beginning in the village of Ollantaytambo that takes four days to complete. The trek includes subtropical jungle, tunnels, tropical flowers, cloudy views and Warmiwañusca (Dead Woman’s Pass) at an altitude of 4,200 meters (13,780 ft.).

If you plan to take this route you should book a few months in advance as only a limited number of groups are allowed on the Inca Trail each day and spaces fill up quickly, especially during the high season from June to August. The Inca Trail is closed in February for maintenance. There are a number of other treks that end at Machu Picchu, such as the two-day Inca Trail, five-day Salkantay Trek, four-day Lares Trek, or three- or four-day Inca Jungle Trek.

If hiking is not for you, you can take the train (from Cusco or from Ollantaytambo) to Aguas Calientes, then either hike up to Machu Picchu from there (1.5 hours) or take the bus (20 minutes).

Aguas Calientes – lately also called Machu Picchu Pueblo - is a nice small town at 400 meters below the Machu Picchu itself. As this is where the train stops, it’s an unavoidable stop-off point for all travellers and visitors to Machu Picchu. If you go for two day visit to Machu Picchu (necessary if you want to see the sunrise at Machu Picchu early in the morning), there are plenty of hostels and hotels to be found in Aguas Calientes as well as restaurants and cafes. 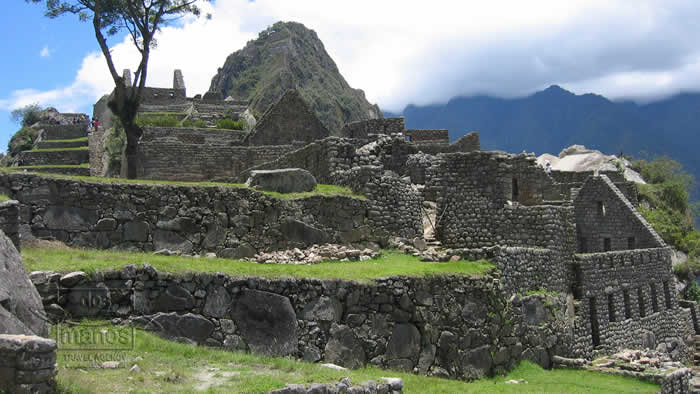 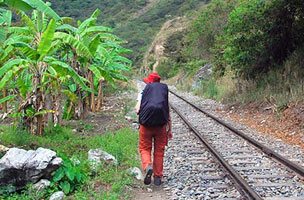 A backpacker's alternative to the Inca Trail. This trek is certainly no wilderness treks, but it offers great variety, with day one on...
More Info... 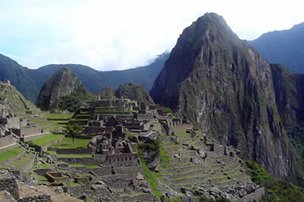 Machu Picchu - the world famous Lost City of the Inca's was rediscovered by archaeologist Hiram Bingham in 1911...
More Info... 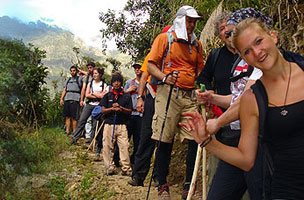 The Inca Trail follows in the ancient footsteps of the Inca's towards the world famous "Lost City of the Incas"...
More Info...

View all tours in Machu Picchu